Image above: Diagram of the microsphere-packed, tubular reactor used in the new “pseudo-homogeneous” catalysis technique.

About 70 percent of pharmaceuticals are manufactured using palladium-driven catalytic processes that are either fast or efficient – but not both. Researchers at North Carolina State University have now developed a green chemistry method that combines aspects of both processes to improve efficiency at a minimal cost of processing time.

Specifically, these palladium-driven catalytic reactions are used to connect carbons in small, organic molecules to create larger molecules for use in pharmaceuticals and other applications. Traditionally, there have been two ways to do this.

In homogeneous processes, palladium is dissolved in solution, allowing maximum exposure to the organic molecules, or reagents. This makes the process very fast, but results in a lot of palladium either being wasted (because it gets thrown out after target molecules are harvested) or being recovered at high cost (because the recovery process is expensive).

In heterogeneous processes, palladium is fixed to a hard substrate in a pack-bed reactor, and the reagents are run through the reactor. This takes much longer, but little or no palladium is wasted.

“We used a microfluidic strategy to make elastomeric microspheres with a narrow size distribution to make them ‘loadable’ into a tubular reactor without clogging,” Abolhasani says. “That was essential, because conventional batch scale polymerization techniques result in elastomeric microspheres with a large size distribution that would clog the reactor when loaded.” Video of the process for creating the microspheres is available at https://youtu.be/YwkFvMhtIdk.

“In proof-of-concept testing, our process was much faster than any heterogeneous techniques, but still marginally slower than conventional homogeneous processes,” Abolhasani says. “We’re currently working on optimizing the properties of our elastic microspheres to improve the reaction yield.”

“It is important to demonstrate that green chemistry approaches can be used to make a process that is, in all, more efficient than existing techniques,” Abolhasani says. “You do not have to trade safety for cost-effectiveness.”

The paper, “Microfluidic Synthesis of Elastomeric Microparticles: A Case Study in Catalysis of Palladium-Mediated Cross-Coupling,” is published in the AIChE Journal. The paper was co-authored by Jeffrey Bennet, a Ph.D. student in Abolhasani’s lab; Andrew Kristof, an undergraduate at NC State; Vishal Vasudevan, a visiting undergraduate at NC State; and Jiri Srogl, an adjunct associate professor in NC State’s Department of Chemical and Biomolecular Engineering.

“Microfluidic Synthesis of Elastomeric Microparticles: A Case Study in Catalysis of Palladium-Mediated Cross-Coupling”

Abstract: Palladium (Pd)-loaded poly-hydromethylsiloxane (PHMS) microparticles of tunable size and elasticity are prepared in a capillary-based coaxial flow-focusing microfluidic device constructed using off-the-shelf components. Simultaneous droplet formation and chemical crosslinking processes are performed by tuning the dilution of the cross-linking catalyst in the annular flow of the microreactor, resulting in PHMS microparticles synthesized in a single step. The size of the elastomeric microparticles can be tuned by adjusting the flow rate ratio of the polymer and cross-linker mixture to water, while the elasticity can be tuned by the polymer to cross-linker ratio as well as the flow rate ratio of the polymer mixture to cross-linking catalyst mixture. Microparticle elasticity is characterized by the degree of solvent uptake. Application of the synthesized PHMS microparticles in organic synthesis is demonstrated by producing monodispersed Pd-loaded microparticles and utilizing them as microreaction vessels for continuous Suzuki-Miyaura crosscoupling in a Pd-loaded microparticle-packed bed reactor (µ-PBR).

This post was originally published in NC State News. 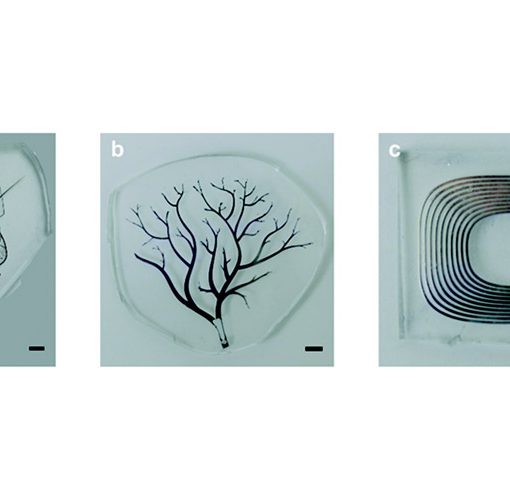 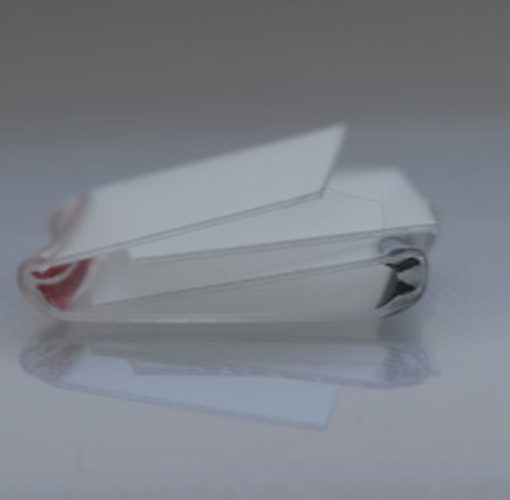 Inspired by origami, North Carolina State University researchers have found a way to remotely control the order in which a two-dimensional (2-D) […]